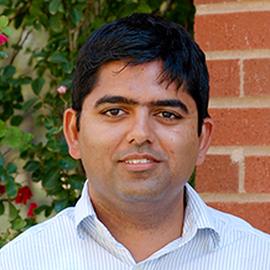 Dr. Raghav Pant is a senior post-doctoral researcher at the Environmental Change Institute, University of Oxford. He holds a Bachelors in Technology in Civil Engineering for Indian Institute of Technology in Kanpur, a MSc in Civil and Environment Engineering from Princeton University, and a PhD in Industrial Engineering for University of Oklahoma. Dr. Pant leads the risk and resilience analysis research teams as part of the EPSRC funded Infrastructure Transitions Research Consortium. His analysis of failure criticality of Great Britain’s (GB) national infrastructure networks, undertaken in collaboration with Infrastructure UK in the Treasury, has attracted sustained attention from government and industry. He has also led novel work on creating design guidance on interdependent infrastructure risk assessment due to climate change, for UK’s forthcoming £55 billion investment on the High Speed Two railway. He has worked with a range of organizations in the United Kingdom (UK) such as, among others, Environment Agency, Department for Transport, ARUP, CH2M, Scottish Water, HR Wallingford, and JBA Group to enable stakeholders to better understand interdependent infrastructure networks and their risks due to extreme weather and climate impacts. Dr. Pant’s research has been used and cited in UK’s 2017 Climate Change Risk Assessment. He is now working with organizations such as The World Bank to understand transport infrastructure risks in The United Republic of Tanzania, Vietnam and Argentina. His research paper on vulnerability assessment of GB’s railway infrastructure has been awarded the 2016 Lloyds Science of Risk Prize in Systems Modelling.