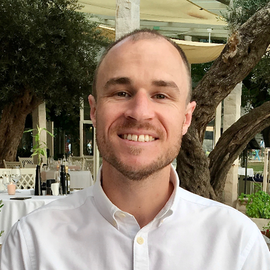 Dr Scott Thacker is an Honorary Research Associate of the Environmental Change Institute, University of Oxford and an Infrastructure Sustainability and Resilience Specialist at the United Nations Office for Project Services (UNOPS). His research focusses on the strategic planning of national infrastructure, to support the achievement of long-term sustainability and resilience objectives.

In his role at UNOPS, Scott is leading efforts to develop a new generation of methodologies and tools that recognise the central importance of infrastructure to achieving national development outcomes. This includes in relation to the Sustainable Development Goals (SDGs), the Paris Agreement, Sendai Framework and New Urban Agenda. Central to this work is the need to influence the practical, real-world, decisions of infrastructure and built environment practitioners. This has resulted in the development of the downstream, project-scale tool: sustainable – which helps projects to be developed with a greater impact. sustainable was launched at 63rd Commission on the Status of Women to help support achievement of the gender-relevant SDGs. It has also resulted in the development of the upstream, portfolio-scale tool: NISMOD-Int – which helps the strategic planning of national infrastructures to ensure it meets long-term sustainability and resilience targets. NISMOD-Int has successfully been applied to Palestine and Curacao, with a current application underway in Saint Lucia in close collaboration with the Ministry of Finance.

As a member of the UK Infrastructure Transitions Research Consortium (ITRC), Scott has developed pioneering methodology and a variety of successful collaborations with practitioners from across government and industry. Examples include: the identification of infrastructure criticality hotspots with Infrastructure UK at HM Treasury; coordinating analysis for the UK’s first systems-based assessment of national infrastructure needs the Institution of Civil Engineers; and completing a first-of-its-kind interdependency climate change risk assessment for the UK’s planned £56 billion High Speed 2 rail project.

Alongside interaction with infrastructure practitioners, Scott is an active member of the academic community and regularly publishes research on the topics of sustainable infrastructure, long-term infrastructure planning, infrastructure risk and resilience analysis, climate mitigation and adaptation, environmental sustainability and complex networks. In 2014 he was awarded the ICVRAM Young Scientist Award and in 2015, the Society for Risk Analysis Merit Prize.

Scott holds a PhD in infrastructure systems modelling from the University of Oxford, an MSc in hydro-informatics and water management from Newcastle University and a BEng in civil engineering from Loughborough University.