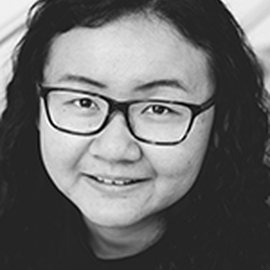 Xi (Sisi) is currently a post-doctoral fellow of the LWP at Harvard Law School and research economist at the National Bureau of Economic Research. Prior to joining the LWP, she was a doctoral student at the Environmental Change Institute and the Senior Wai Seng Scholar at St Antony’s College, University of Oxford. During her PhD, she consulted for the Latin American Energy Organisation (OLADE); worked as an energy modeller for the UK Infrastructure Transitions Research Consortium; interned as a climate adaptation researcher with the Chinese National Development and Reform Commission; and facilitated dialogues between Oxford and government agencies such as the Chinese Ministry of Water Resources. In 2015, she co-founded the Oxford International Infrastructure Consortium (OXIIC) whose aim is to facilitate communication and collaboration on infrastructure between academics, policymakers and practitioners worldwide.

Before joining Oxford, Xi (Sisi) conducted policy research at the Chinese Ministry of the Environment and Ministry of Land and Resources on both domestic and global levels. She also interned at the International Finance Corporation (IFC) on Sino-African relations, the UK-India Business Council on corporate social responsibility, and worked as an analyst at Legal & General on investing in China. She holds a BSc in Environmental Policy with Economics and an MSc in Environmental Economics and Climate Change from the London School of Economics.