From the 1960s, embankments have been constructed in south western coastal region of Bangladesh to provide protection against flooding, but the success of the polder programme is disputed. We present analysis of floods during the years 1988–2012, diagnosing whether the floods were attributable to monsoonal precipitation (pluvial flooding), high upstream river discharge into the tidal delta (fluvio-tidal flooding), or cyclone-induced storm surges. We find that pluvial flooding was the most frequent, but typically resulted in less flooded area (11.44% of the region on average) compared with the other forms of flooding. The greatest area of inundation (48% of total area) occurring in 2001 as a consequence of fluvio-tidal and surge flooding, whilst cyclone Sidr in 2007 flooded 35% of the area. We modelled these different forms of inundation to estimate what flooding might have been had the polders not been constructed. For the ‘no embankment’ counter-factual scenario, our model demonstrated that because of a combination of subsidence and inadequate drainage, construction of the polders has increased the pluvial flooded area by 6.5% on average (334 km2). However, during the 1998 fluvio-tidal flood, the embankments protected an estimated 54% of the area from flooding. During the cyclone Sidr storm surge event, embankment failure in several polders and pluvial inundation resulted in 35% area inundation, otherwise, the total inundation would have been 18% area. We conclude that whilst polders have provided protection against storm surges and fluvio-tidal events of moderate severity, they have exacerbated more frequent pluvial flooding and promoted potential flooding impacts during the most extreme storm surges. 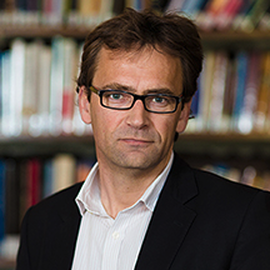